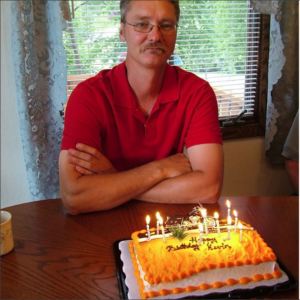 One man’s battle fighting a rare form of cancer, has recently strengthened my faith and elevated my belief that there is much good within humans as they rally to the aide of others in dire need.
I met Kevin Lehse only two short years ago. He has since become one of my family’s dearest friends. He has always been someone who unselfishly has done everything in his power to help others. I’ve observed this unselfish and humble man do so much for so many, but now Kevin needs our thoughts and prayers as he fights a battle with Acute Myeloid Leukemia.
At 51 years of age, this unfortunately is my friend’s second struggle with cancer. In 1993 he fought Wholesale Jerseys China a year-long battle with Hodgkin’s Lymphoma and won that fight! Now recently in August of 2016, Kevin was admitted to the hospital suffering from severe pneumonia, only to discover he was in the later stages of a rare form of leukemia that has only a 25% chance of survival.
I watched this wonderful man take on his health challenge with the heart of a champion and with a positive attitude that could be an invaluable example for all to follow. With a strong faith and caring prayers from family, friends, and many who didn’t even know Kevin personally, he made it through his first stages of recovery.
Following a difficult five-week battle fighting cancer for a second time in his life, Kevin was released in September with his AML Leukemia in remission. Since September, Kevin has undergone three of four separate week-long hospital visits for consolidation chemo-therapy to keep his disease under control. He will complete his fourth and final session in December.
Kevin has a love for old snowmobiles, old tractors, and old cars, but more importantly he is an amazing historian willing to share his vast knowledge with anyone. He has always unselfishly volunteered to help anyone or any organization, and as such all are better for having Kevin influence their lives.
As we enter the upcoming Thanksgiving and Christmas Seasons, please remember the real reasons for these holiday seasons. And please say a prayer for my friend Kevin Lehse.
Blessings to one and all.